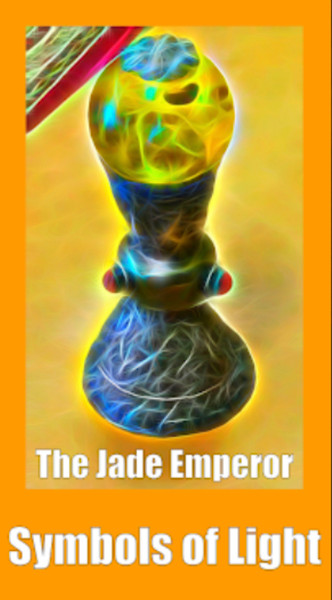 In the beginning of time, the earth was a very difficult place to live; a much harsher place to live in than it is now. People were having tremendous difficulty coping with existence; not only did they have to deal with harsh conditions, but also with all kinds of monstrous beings. At this time, there were also not many gods or deities to protect them. Furthermore, a lot of powerful, evil demons were defying the immortals of heaven. The Jade Emperor was still at the time an ordinary immortal who roamed earth to help as many people as he could. He was, however, saddened by the fact that his powers were limited and could only ease the sufferings of humans. He decided to retreat in a mountain cave and cultivate his Tao. He passed 3,200 trials, each trial lasting about 3 million years.

Unfortunately, a powerful, evil entity—a demon of sorts, which dwelt on earth—had the ambition to conquer the immortals and gods in heaven and proclaim sovereignty over the entire universe. This evil entity also went into retreat and meditation to expand its power, though later than the Jade Emperor. He passed through 3,000 trials. After it passed its final trial, it felt confident that no one could defeat it anymore. It re-entered the world again, and recruited an army of demons with the purpose of attacking heaven.

The immortals, being aware of the threat, gathered themselves and prepared for war. The gods were unable to stop the powerful demon and it defeated them all.

Fortunately, the Jade Emperor finished his cultivation in the midst of this war. He was changing the land to make it more liveable for men and repelling all kinds of monstrous beasts. Suddenly, he saw an evil glow emitting from heaven and knew something was amiss. He ascended and saw that a war was going on, he saw that the demon was too powerful to be stopped by any of the gods present. He went up and challenged the demon, and a battle ensued between them. Mountains shook and rivers and seas toppled; however, the Jade Emperor stood victorious due to his deeper and wiser cultivation, not for might but for benevolence. After defeating the demon, all the other demons were scattered by the gods and immortals.

Because of his noble and benevolent deeds, the gods, immortals and humans proclaimed the Jade Emperor the supreme sovereign of all.

During his cultivation, The Jade Emperor contemplated and ultimately cultivated thousands of symbols of power. Some cultivations required hundreds of years, some required only a glance of a few second’s length. The symbols of power cultivated and developed extensive supernatural powers within the mind, body, and soul of His Majesty. Only after contemplating the symbols and absorbing their energies was he able to face the trials and defeat the armies of evil on earth. The power that he gleaned from the symbols enables him to rival any deity including Zeus, Ra, Odin, and Anubis. Some of the symbols cultivate wealth, some cultivate blinding light, some cultivate great strength, most of the powers gleaned through their use are not easily understood by the human mind.

The symbols were deposited on earth into the care of an ancient Samurai Immortal. He used them to create great wealth, power, and magical energy for himself over thousands. After a time, he grew weary of the limitations of earthly life and entrusted the symbols with the leader of a secret society of sorcerers. The sorcerer took advantage of the symbols in the same way that the Samurai had but he did not share his secrets with the rest of the society. The symbols were stolen and copied by three members of the society. They were then spread to various magical groups in Tibet, South America, and Japan.

I met one of the Japanese recipients and he shared a copy of the text of symbols with me. He cautioned me to never reveal all of the symbols at once to anyone, especially The Symbols of The Golden Fox.

We have been permitted to provide you with the easiest symbols to absorb. These symbols are the very same that His Majesty used to ascend into His Immortal Powers. Simply looking at these works and allowing your mind to contemplate will begin the same process of Immortal Ascension that his Majesty benefitted from.

We have been permitted to release 33 copies if this text at this time. We are the only spiritual society that has been authorized to release this work to the world. Those who are worthy to receive will find their way to this work. The deadline to purchase a copy of this text is Thursday, September 30, 2021 at 11:59 PM EST.

The Asteronium Blanket Series - The Language of Light Blanket