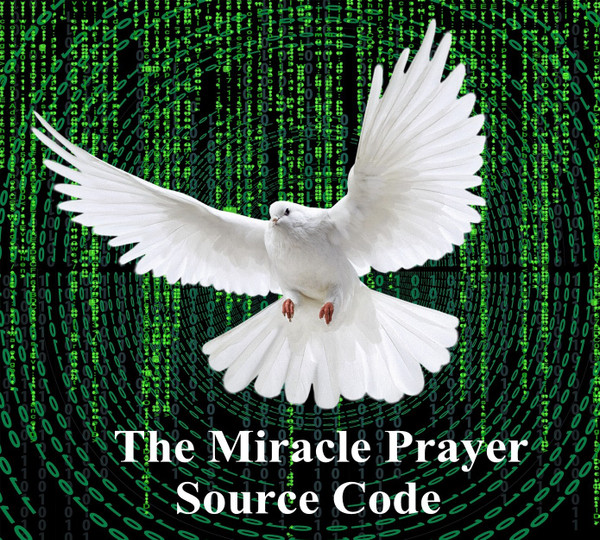 The Miracle Prayer Source Code
The Miracle is one of the most ancient prayers in the world.  It was written by The God Thoth thousands of years ago and has been recorded thousands of times.  I first memorized this prayer over 20 years ago and it was the first true magical tool that I ever discovered.  I saw cancers, infections, pain, swelling, money problems, infertility issues and a host of other problems respond to the application of this prayer as a holy tool.  I became a teacher and a minister after seeing this power and I have dedicated myself to exploring its potential.  This version of the prayer incorporates the source code from which the prayer itself emanates.
The God Thoth explained to me that this domain is maintained by a complex source code based on numbers.  The numbers are repeated by several elemental gods who maintain magic and healing energy in our domain through the use of code.  The code may be heard on number stations and is representative of the power needed to run our universe.  The source code of the Miracle Prayer is a base eight code, one line for each line of the prayer. In the recording, I speak one line of the prayer and then follow that line with the translated base eight number translation.  The recording is further backed by the sound of a giant star pulsing in the background.  This is our most powerful recording of this prayer.  Play this one in the background for an amazing effect.
Price: $39.95
Preview Audio Download: