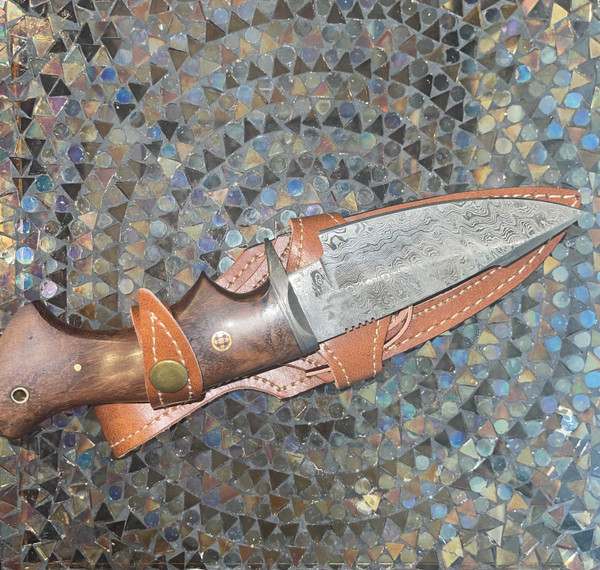 Meteorites are mysterious and powerful objects that fall to earth from the heavens.  For thousands of years these objects have been collected, venerated, and even worshipped.Meteorites are fragments of gods, angels, elementals, demons and other gigantic supernatural beings. Sometimes these fragments are remnants of their shattered bodies that fall to earth. Sometimes these beings deliberately send meteorites to earth as messengers of higher consciousness and gifts to the lower races.

The Dragon Monophorus Gygaxh is the High Invictus of earth dragons. High invictus is the greatest rank that a dragon can attain. Invictus level dragons are billions of years old and can easily go back and forth between solid matter guises and light body forms. They have learned to avoid conflict and exist solely to educate the lower races.

The Monophorus Gygaxh Dragon Current Knife helps to summon dragon energy and evolve the consciousness of the owner. The blade is made of Damascus steel and meteorite containing fragments of the Monophorus Gygaxh dragon. Possession of this knife will help you connect to the consciousness and power of the strongest and most evolved dragons, providing increased manifestation and healing ability.