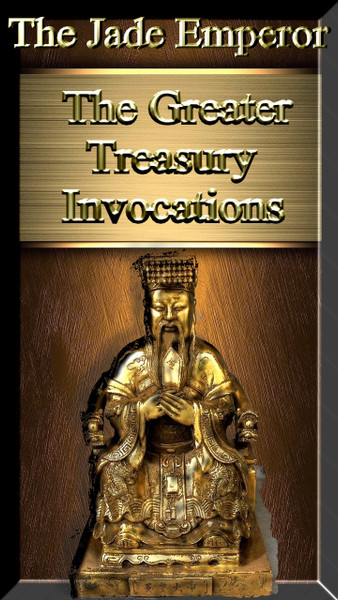 The Jade Emperor is one of the most powerful beings in the universe. He is the director and chairman of the Celestial Treasury and it is said that all forms of wealth pass through his hands. He is very benevolent and kind. His power is available for us to use but we must avail ourselves of the correct spells.

This is the first time that humans will have access to the complete spell book of The Jade Emperor. The Supreme August Jade Emperor is the supreme deity of Chinese tradition and is otherwise known as Yuhuang Shangdi (Yu-huang Shang-ti), Yudi (Yu Ti) or Mr. Heaven (Lao-t‘ien ye).

From the ninth century onwards, he was the patron deity of the Chinese imperial family. The Jade Emperor presides over Heaven and Earth just as the earthly emperors once ruled over China.

Based on one account the Jade Emperor was originally the crown prince of the kingdom of Majestic Heavenly Lights and Ornaments. At birth he emitted a bright light that filled the entire kingdom. When he was young, he was benevolent, intelligent and wise. He devoted his entire childhood to helping the needy (the poor and suffering, the deserted and single, the hungry and disabled).

Furthermore, he showed respect and benevolence to both men and creatures. After his father died, he ascended the throne. He made sure that everyone in his kingdom found peace and contentment, after that he told his ministers that he wished to cultivate Dao in a mountain cave and cultivate. After 1,750 trials, each trial lasting for 120,976 years, he attained Immortality. After another a hundred million years of cultivation, he finally became the Jade Emperor.

These invocations are connected to the currents of power that rule the flow of wealth on the human scale, through companies small and large, and through the different levels of consciousness. These flows can become blocked and may prevent the movement of wealth energy into your life. Using these invocations, you may finally change your life in regard to this important area.

*Advanced text orders typically take 1-2 weeks to arrive, as they are ordered on demand.