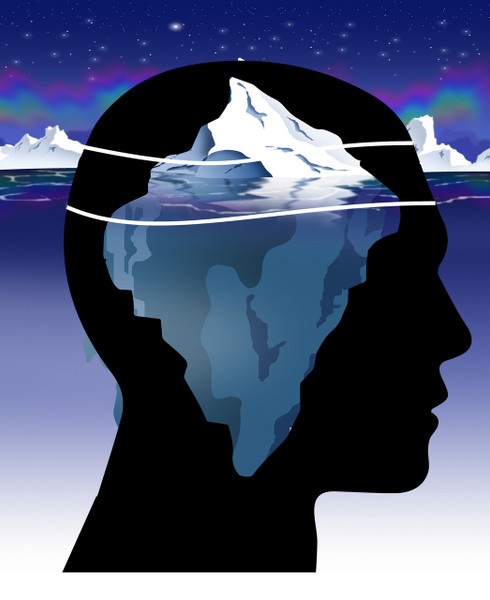 The unconscious is where most of the work of the mind gets done; it's the repository of automatic skills, the source of intuition and dreams, and an engine of information processing. Fleeting perceptions may register in the unconscious mind long before are aware of them.

The unconscious mind is not some black hole of unacceptable impulses waiting to trip you up, but it can be the source of hidden beliefs, fears, and attitudes that interfere with everyday life. Most forms of psychotherapy aim to bring into conscious awareness many of these hidden hindrances, so that we can examine them and choose how to deal with them.

The unconscious mind might be defined as that part of the mind which gives rise to a collection of mental phenomena that manifest in a person’s mind but which the person is not aware of at the time of their occurrence. These phenomena include unconscious feelings, unconscious or automatic skills, unnoticed perceptions, unconscious thoughts, unconscious habits and automatic reactions, complexes, hidden phobias and concealed desires.

The unconscious mind can be seen as the source of night dreams and automatic thoughts (those that appear without apparent cause). It can be seen as the repository of memories that have been forgotten but that may nevertheless be accessible to consciousness at some later time. It can be seen as the locus of implicit knowledge, i.e. all the things that we have learned so well that we do them without thinking. A familiar example of the operation of the unconscious is the phenomenon where one thinks about some problem, cannot find a solution but wakes up one morning with a new idea that unlocks the problem.

Neuroscience supports the proposition of the unconscious mind. For example, researchers at Columbia University Medical Center have found that fleeting images of fearful faces – images that appear and disappear so quickly that they escape conscious awareness – produce unconscious anxiety that can be detected in the brain with the latest neuroimaging machines. The conscious mind is hundreds of milliseconds behind the unconscious processes.

The Unconscious Mind Cleansing Virtual System works simply.  Look at the video or let it play in the background while you go on about your business.  The flames and the ambient sound within the system are programmed to clear the negative energies from your unconscious. The system does not challenge the inner processes of your mind and therefore it allows the cleansing to occur without interference from your conscious mind.  With regular use, you will sleep better, fight off addictive behaviors more easily, and evolve spiritually much more easily. We recommend using it once per week for one hour.

This is a Flash Drive Product.